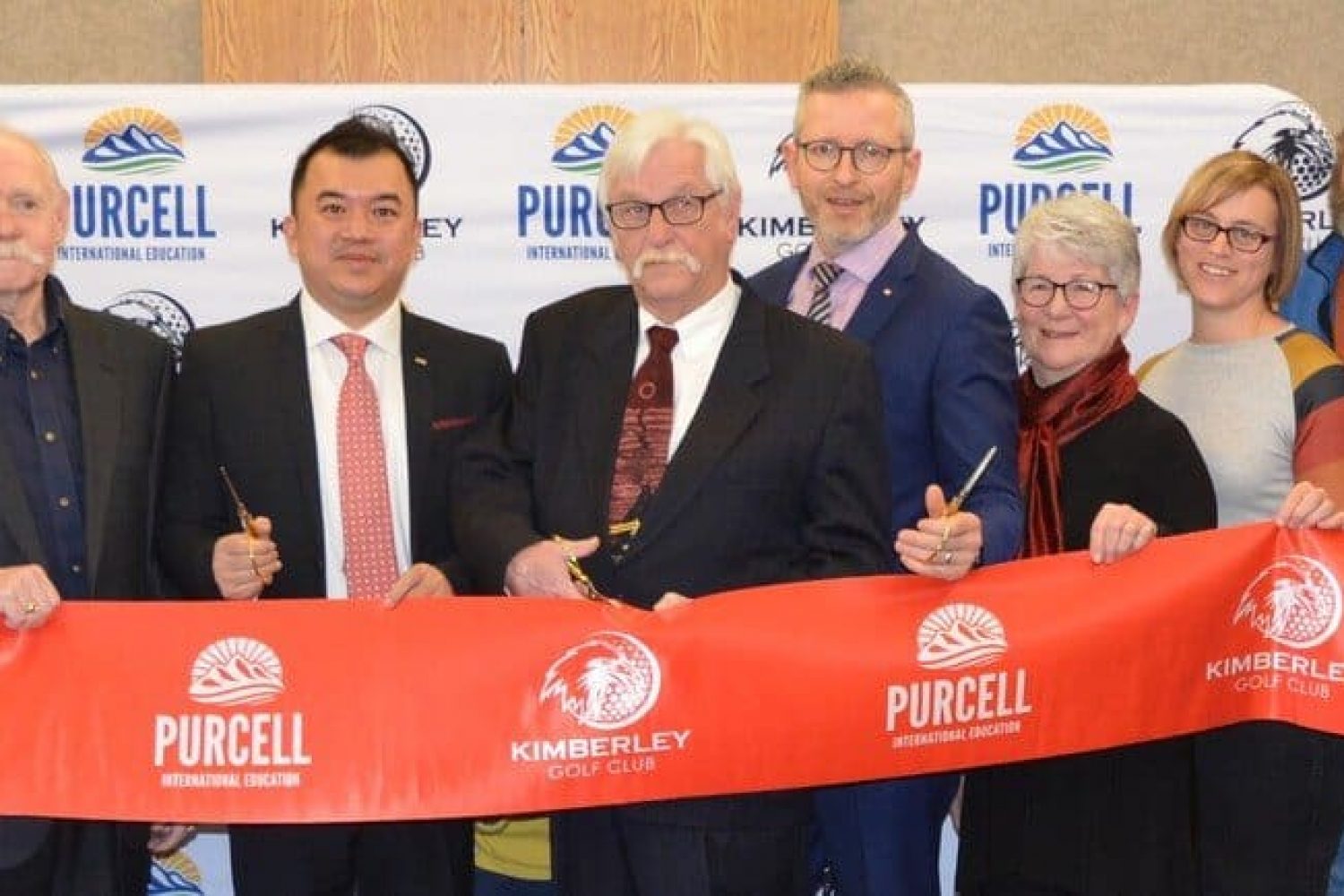 On January 15, 2020 Purcell International Education (PIE) and the Kimberley Golf Club (KGC) held a ribbon-cutting ceremony and stakeholder event which took place at Trickle Creek Lodge to celebrate PIE’s purchase of the golf course from KGC.  PIE assumed operational control of the golf course on January 13, 2020 following 18 months of cooperative negotiations between PIE and KGC to structure a deal that will secure the future of the club while providing PIE with land to build its in-development international boarding school, Purcell Collegiate.

​The event provided PIE and KGC with an important opportunity to update stakeholders on transition plans for the golf course with a focus on the mutual benefit this unique deal affords.  Over the next three months, PIE will be working with the KGC executive and senior golf course staff to allocate an initial capital investment of $175,000 into golf course enhancements and upgrades.  As a result, club members and the general public can look forward to a new experience in the clubhouse and on the course.

Duncan MacLeod, President of Purcell International Education, spoke at the event and had this to say about next steps at the golf course: “We’re not going to get into specifics just yet.  We’re saving announcements until the Open House we are planning in April.  Following that, there will be Grand Opening in May.  It’s an exciting time for PIE and KGC.  We can’t wait for spring!”

When asked for some indication of what club members and the general public can expect, MacLeod elaborated as follows:  “We’re working with senior staff and the KGC executive to identify opportunities to build on what is already there and make it better.  It’s a historic golf course in a world-class location with a devoted membership base and an industry-leading team of managers.  In partnership with the KGC executive and with the guidance of Director of Golf Simon Jones, Food and Beverage Manager Joanna Heath, and Course Superintendent Tim Foley, PIE’s goal is to restore and revitalize the course, creating a bridge between its storied past and its bright future.”

Simon Jones, Director of Golf, echoed those sentiments: “PIE is a wonderful new chapter in the club’s long history. I am excited about the new additions to the facility this year to enhance the member and public experience. We will continue to grow our junior and ladies’ programs and I look forward to announcing a number of new initiatives to increase participation.”

Ron Christensen, KGC President, had this to say to members specifically: “PIE now owns and operates the course but KGC still exists as a club.  Memberships are still purchased through the club and member benefits at the course will continue as they were.  In fact, PIE plans to enhance and expand them.  The KGC looks forward to continuing the relationship and cooperation, long into the future.”

PIE and the KGC executive would once again like to thank KGC members for their patience and ongoing support of the process that led to this one-of-a-kind agreement.